For Mac OS users, there is a system setting that may not allow you to tab onto several types of elements in a web page. To change this setting:

Select the Shortcuts tab. Make sure the box for "Use keyboard navigation to move focus between controls" is checked.

Select the Advanced tab. Make sure the box for "Press Tab to highlight each item on a webpage" is checked.

Switch To A Different Campus

The board encourages all complaints regarding the district to be resolved at the lowest possible administrative level. Whenever a complaint is made directly to the board as a whole or to a board member as an individual, it will be referred to the administration for study and possible resolution. The District’s Assistant Superintendent of Human Resources, 201 South Main, Goddard, KS, 67052, (Telephone: 316-794-4000). has been designated to coordinate compliance with nondiscrimination requirements contained in Title VI of the Civil Rights Act of 1964, Title VII of the Civil Rights Act of 1964, Title IX of the Education Amendments of 1972, Section 504 of the Rehabilitation Act of 1973, the Americans with Disabilities Act of 1990 and the Americans with Disabilities Act Amendments Act of 2007 and the Age Discrimination Act. The grievance procedure is applicable to complaints alleging discrimination on the bases of sex, disability, race, color, national origin, and age, including allegations of harassment. Information concerning the provisions of these Acts, and the rights provided thereunder, are available from the compliance coordinator.

Complaints About Policy
The superintendent shall report any unresolved complaint about policies to the board at the next regularly scheduled board meeting.

Complaints About Curriculum
The superintendent shall report a failure to resolve any complaint about curriculum to the board at the next regularly scheduled board meeting.

Complaints About Instructional Materials
The building principal shall report any unresolved complaint about instructional materials to the superintendent immediately after receiving the complaint.

Complaints About Facilities and Services
The superintendent shall report any unresolved complaint about facilities and services to the board at the next regularly scheduled board meeting.

Complaints About Personnel
The superintendent or the building principal involved shall report any unresolved complaint about personnel to the board at the next regularly scheduled board meeting. 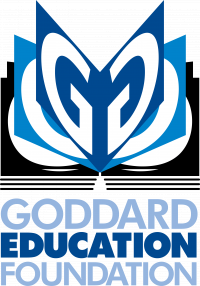 For more information about Office365, visit the Office65 Resources